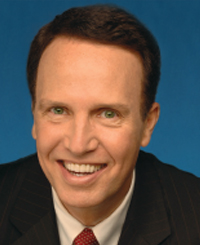 For over 40 years, Dr. Robert A. Rohm has affected people’s lives through speaking, teaching and inspiring individuals across the United States, Canada, Australia and Europe and Asia to develop better relationships in their professional, family and personal lives. Dr. Rohm earned his Ph.D. at the University of North Texas in Higher Education Administration and Counseling. Dr. Rohm is a sought-after speaker who empowers people to improve their relationships and teams. He has spoken for numerous schools, churches, businesses and international companies. He is known as “the most invited back speaker” because people enjoy his talks so much!

Dr. Rohm has been a teacher, director of curriculum development and a school principal. He is an international motivational speaker, best selling author, educational consultant and guest lecturer. He has traveled extensively throughout the world. Dr. Rohm addresses critical issues affecting the full range of human mental, social and spiritual development. The theme of his message is training people to understand and use the DISC Model of Human Behavior.

In 1996, Dr. Rohm was contracted by the Arizona Diamondbacks professional baseball team to help draft potential players by personality style. In his initial meeting with Joe Garagiola, Jr., the General Manager for the Diamondback organization, Dr. Rohm told him, “I only have one request. When the Diamondbacks win the World Series, I want a World Series ring.”

Joe Garagiola laughed and said, “When we win the World Series, you will get your ring!”

Well, guess what? In 2001, the Diamondbacks won the World Series, and they won it faster than any other team in baseball history! AND Dr. Rohm got his ring! True to their word, the Diamondback organization sent Dr. Rohm a World Series ring! The words on the ring in pure gold read… “FASTEST EVER!”

Dr. Rohm has authored over 20 books and training programs including the top sellers, Positive Personality Profiles, Who Do You Think You Are Anyway?, A Tip in the Right Direction and A+ Ideas for Every Student’s Success. He has also written four fantastic new books for children ages 4 – 12 titled The Four Pals. Dr. Rohm is a dynamic and energetic speaker. He has entertained and enlightened audiences as large as 80,000 people and shared the platform with other great speakers like Zig Ziglar, Les Brown, John Maxwell, Lou Holtz, Charles “Tremendous” Jones and Brian Tracy.

Dr. Rohm and his beautiful wife April, live in the metro Atlanta, Georgia, area, but they travel the world together!